The Fête de la Saint-Jean, what’s not to love ? A huge bonfire, music, dancing, partying…  It’s a time of friendship, sharing, and community spirit.  The festival is steeped in tradition and history, and believe it or not it is not all that different today from how our ancestors celebrated it long ago…

The Traditions of Today

The Fête de la Saint Jean is especially popular in the smaller villages of France, but even Aix-en-Provence sponsors a great event popular since 1760. Celebrated on every 23rd or 24th of June throughout France, as many as 15,000 towering bonfires are built right smack in the middle of the downtown village square.  It’s rather risky business if you ask me, even with the firefighters nearby, and it was actually banned in Aix-en-Provence for a couple of decades (after a fire incident) before being permanently reinstated. Each bonfire pile, built from either logs and/or branches, has its own personality depending on the builder and their inherent skills.

Each village will have their own particular dances, and their own regional traditional costumes brought out just for the occasion. You can identify the villages by looking at their outfits (for example Aix-en-Provence has a lot of striped fabric and a flat straw hat, Sénas does not).

Traditions vary, but in parts of Provence wishes are written on scraps of paper and stuffed into the waiting bonfire. Another tradition involves special bread baked just for the occasion made to be shared by the villagers as a symbol of unity.

A speech describing the origins of the festival is read to the crowd in Provencal, the local language, and then again in French. As you can imagine, the children (and some adults) get restless at this point.  The local priest then commences the benediction of the bonfire; culture and religion continue to be highly entwined in France.

A lit torch is brought in from Mont Canigou (Pyrénées Orientales) to villages all over southern France by marathon runners (Olympics style).  The actual flame, a symbol of light and peace, is born of the heat of a solar flare in 1955 and conserved since then in Castillet de Perpignan.  The flame is paraded around the bonfire no less than three times (and up to nine times in some regions – not good for those with ADHD).

The fire is then lit, usually by the town mayor, blasting the spectators with a wave of heat that pushes them back while sending all the written wishes straight up to the heavens…

Interestingly enough, barriers are rarely put up between the crowd and the spectators. As soon as the fire is lit, everyone spontaneously backs up a safe distance to escape the heat. Once the fire dies down a bit, the band takes up again and merrymakers, both young and old, dance the night away…

In some villages, once the fire dies down spectators jump over the embers.  But as far as the purifying midnight baths those really aren’t a part of the festival anymore, and have not been for a long time. 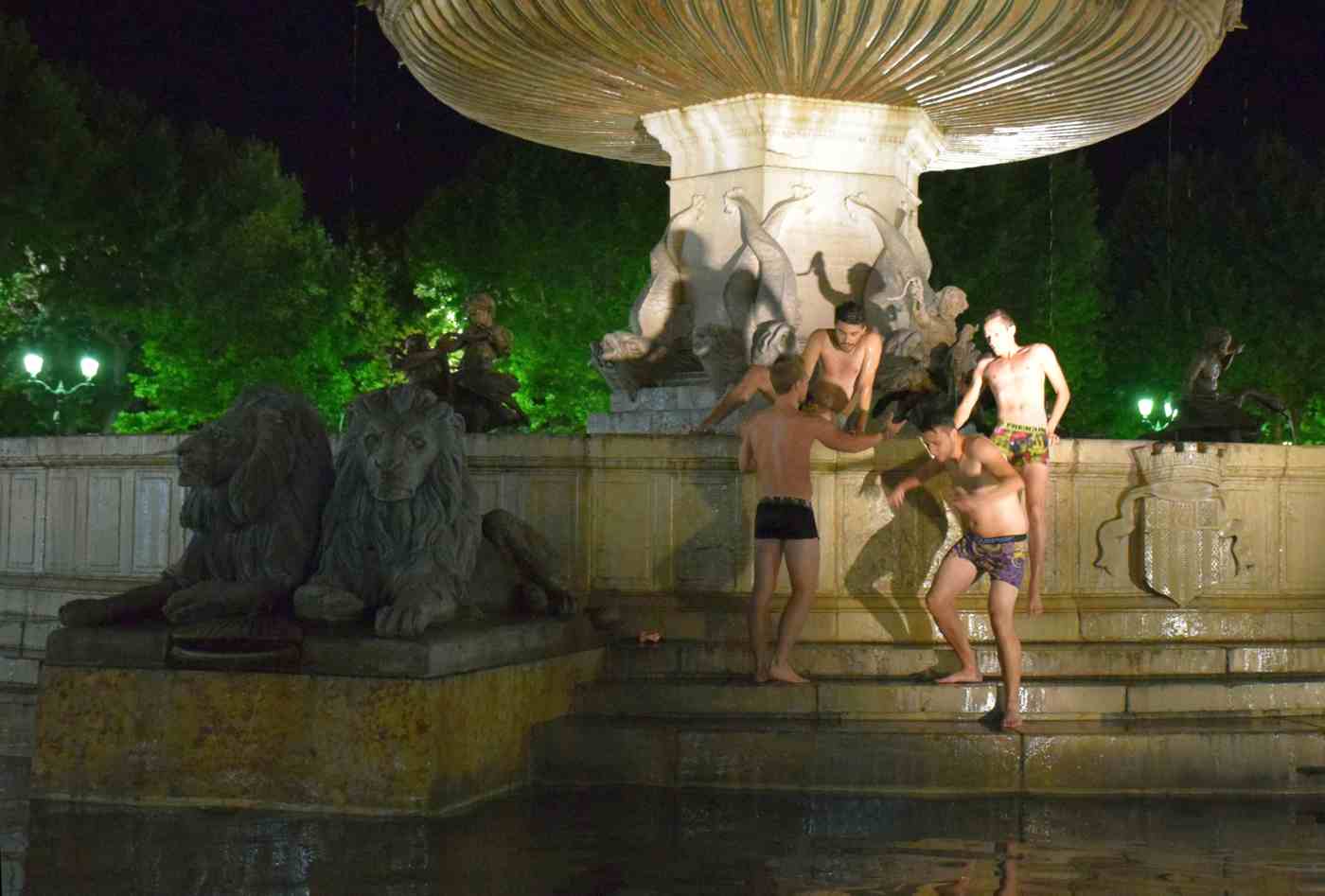 Why not start a bonfire in your backyard next 24th of June and send a few of your own wishes into the skies ???  Just don’t tell the Fire Marshal I said so…