Friday Fun Facts – What’s up with those blue and white stripes???

Did you know?  Those blue and white stripes found on the iconic French Sailor’s shirts known as “la Marinière” follow very strict laws…

The French Sailor’s shirt composition MUST follow these exacting rules:

The variation in quantity of the blue stripe is due to where the fabric has been cut before being assembled. 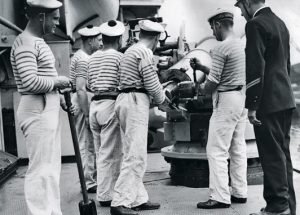 Sailors wore the closely knitted wool undershirts to keep warm in the frigid temperatures.  The stripes – blue because it was easiest to dye – also allowed sailors to be better visible should they fall into the ocean and need rescuing.  No blaring pink neon back then!   Myths report the count of 21 stripes reference Napoleon’s 21 battles, but that remains just fantasy…not everything revolves around Napoleon.

The shirts had a crew neck, no seams except on the shoulders, and no buttons for ease and to avoid getting caught up in ropes or other equipment.  The sleeves were ¾ length so as to not stick out from underneath the main shirt.  The shirts were long, up to the thigh, and tucked in gave a little extra protection for their private parts.  Underwear was not “de rigueur” at that time in history.  It also helped prevent the cold air from creeping up their backs as they bent over to do their tasks.

Although now current day fashion and experiencing a revival, these shirts are historically of military origins.

Sadly, since 2011 the shirts for the French Marines are now made in Romania.

The knits became part of the official French Marine uniforms in 1858, along with that white beret with a red pompom on top (tell me they didn’t get teased!).  Before that time, these bottom rank hardworking sailors (often fishermen) just wore their own clothing while the officers strutted their stuff in fancy uniforms.

Stripe have had dubious connotations since the Middle Ages where court jesters, musicians, prostitutes, and the condemned often wore stripes.  Remnants of their low prestige persist to this day, just think of the black and white striped jail uniforms, the Dalton’s in Lucky Luke, and what the Jewish concentration camps prisoners wore…  Stripes on a sailor’s shirt point directly to their low prestige in the ranks.  To this day, officers that have risen through the ranks rather than graduated out of military school are called “zebras”.

The « Marinière » – A French Fashion Icon

Adored by French designers such as Chanel – a beach brat at heart with a boutique in Deauville – she was inspired by the sailor’s blue and white stripes and often wore the shirts herself with men’s pants before it was “acceptable”.  These days you can find the stripes all over the beaches of Normandy.

Brigitte Bardot and Pablo Picasso both adopted and immortalized the “Marinière”.  Even children and infants sport the stripes.  In fact, all self-respecting French folks big and small have at least one Marinière in their closet.

Personally, I have both a winter and summer version 🙂 . 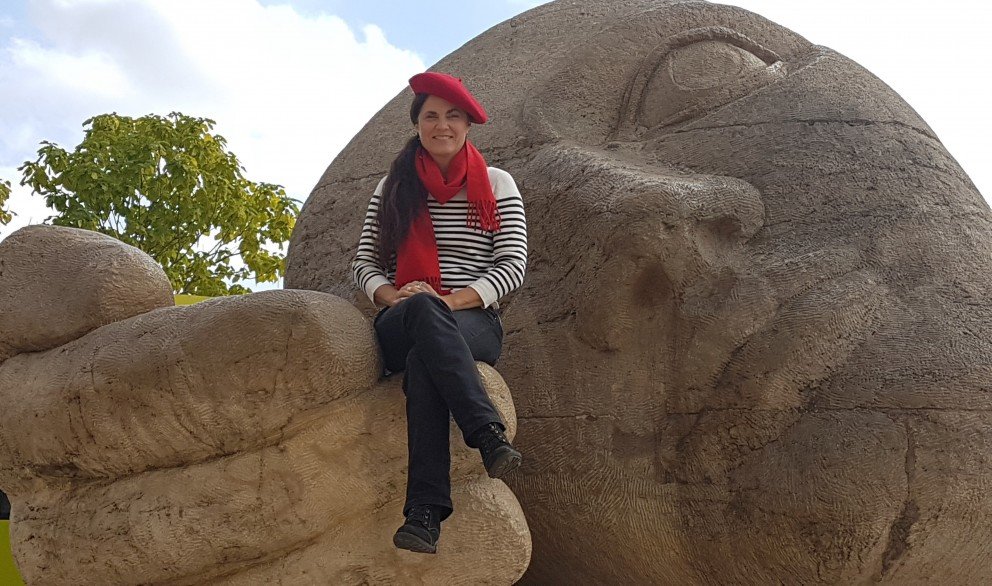 So, what was once seen as a symbol of the lower classes is now fun, modern, and fashionable… “Made in France”.

7 comments for “Friday Fun Facts – What’s up with those blue and white stripes???”