The Holocaust Memorial – Out and About Paris 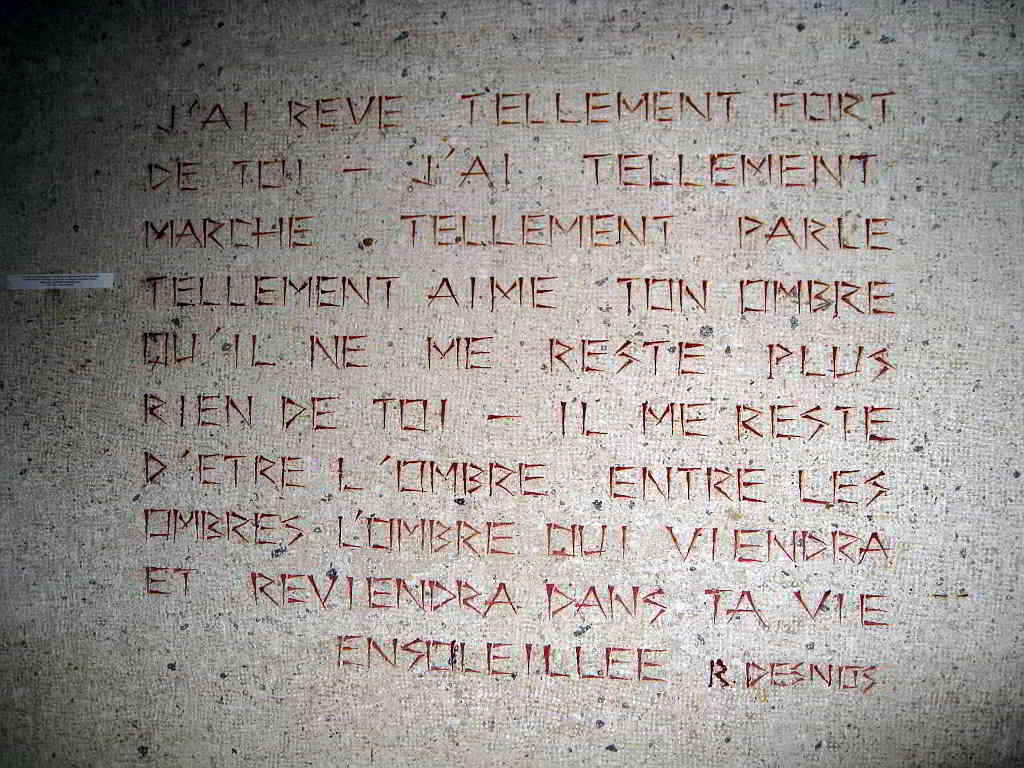 A beautiful, sad, and haunting poem by the French poet Robert Desnos, written right before his death from Typhus fever at the concentration camp.

The Holocaust Memorial in Paris

“They descended into the mouth of the earth and they did not return.” 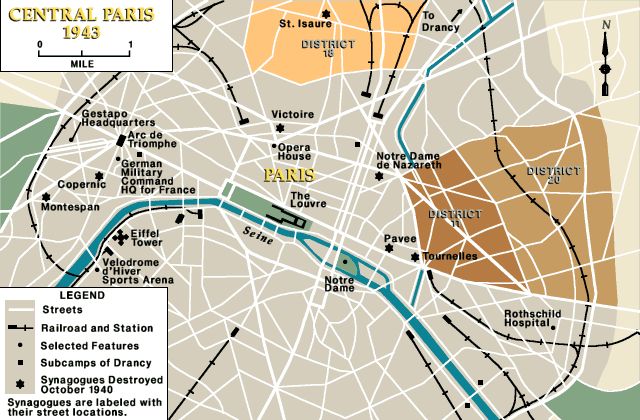 Although there are family rumors that my father helped in the resistance in minor ways (like many young men of his age), I don’t have any direct family connection to the Holocaust for which I am aware.  But the holocaust and its cost to society is a piece of our history that must not be forgotten.  It is one of the darkest episodes in recent history.  I encourage everyone to visit the memorial which unfortunately goes unnoticed by the thousands of tourists that pass nearby everyday. The memorial can be found behind Notre Dame de Paris at the very tip end of the island (métro Saint-Michel or Cité).

I left the memorial quite moved, and it has stayed with me still all these years. There is something about the rawness of the emotion in the poem, and the small secluded space of the memorial. You feel cut off from everything else, like time has stopped. It is rather surreal… The poem (actually a reworking from a stanza of “The Heart that Hated War”published in 1942), is in the shadows of the memorial carved into the stone wall. After a moment, as you ready to leave, this haunting poem will surely leave with you as it did for me. Leave the memorial and face into the light, finding brightness and hope for a better world.  “Forgive but never forget.”

5 comments for “The Holocaust Memorial – Out and About Paris”