Dreaming of that natural sophisticated class that the French exude?  Always wanted to know how to be French? Wanting that certain “Je ne sais quoi”?  Look no further, it’s GGG to the rescue!  Let’s deep dive into what you need to do to dress, sound and act like a real Frenchie…

It’s not that simple, ask a question to a Frenchie and you might get a weird combination of facial expression, gestures, and/or grunts as a response.  Take a study of these gestures for example:

Choose your favorite weird noise or filler words from GGG’s quick pick list below, or get more tips from Diane at “Oui in France – The Strange Noises French People Make” with accompanying audio (plus she also has a great online Francophile store – perfect for the upcoming holidays).

Another very important step in sounding French is learning some basic slang words.  Learn French with Pascal does a great job (with Pascal’s delicious French accent) of teaching some basics, nothing too outrageous or rude:

10 slang words isn’t nearly enough, so here’s part 2 for you to study:

We all have heard of the French reputation for being lazy (or efficient?), well that sometimes includes the spoken word.  Why pronounce the entire word when you can just shorten it???  Pick of few of these to sprinkle into your conversation to sound even just that much more French!  You can find an “English-French Dictionary of Clipped Words” by Elisabeth Antoine or “The DICO – French Apocopes and Word Expressions Dictionary” by Lionel Pailloncy on Amazon.com. 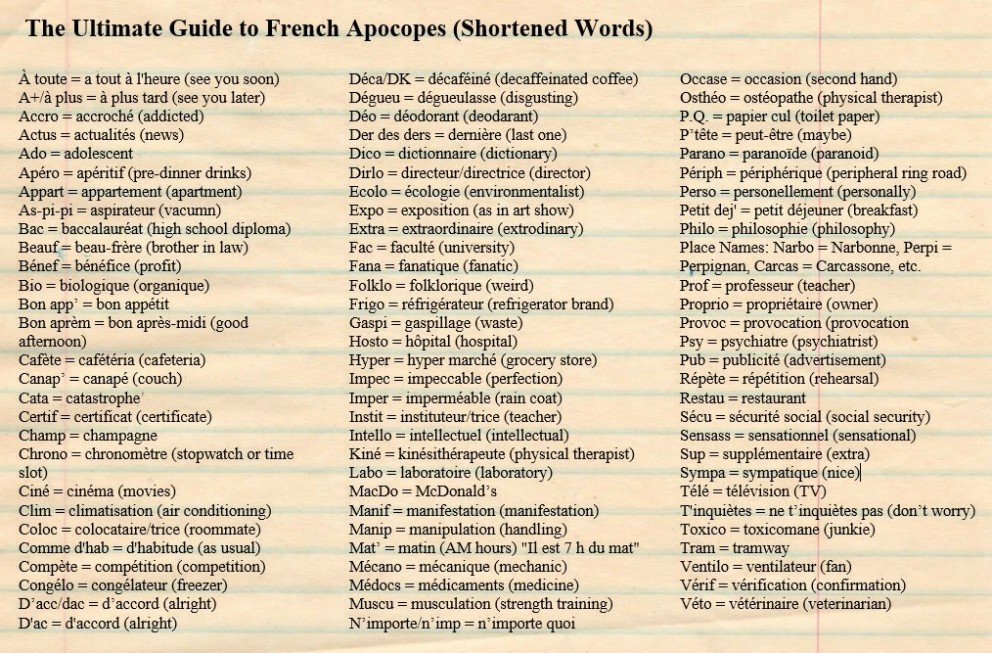 Now string it all together to really sound like a Frenchie…or just fake it until you make it:

Next, you need to dress and act the part…

French women drink a lot of black coffee and smoke a lot (not advisable!).  They wear striped blue shirts and an occasional beret.  They love to wear scarves.  They also love matching underwear and red lipstick.  They are imperfect, vague, argumentative and full of paradoxes.

Remember: Being fashionably French is owning your particular sense of style, whatever that might be! 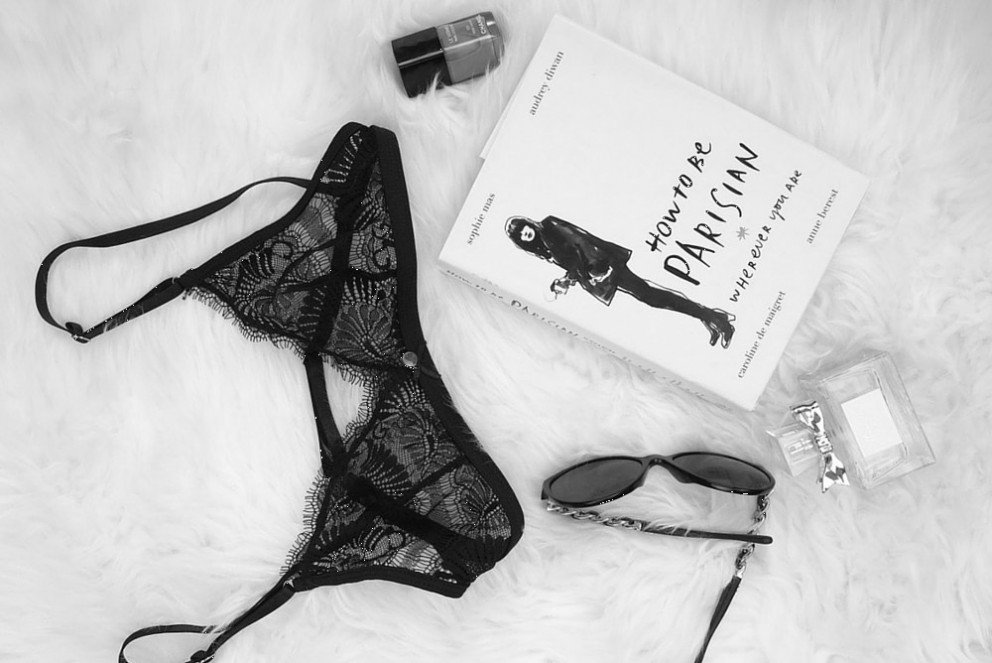 And don’t forget although beauty isn’t skin deep, the French are also known for their beautiful skin!  Check out GGG’s tips: “French Beauty Secrets Revealed” for the inside scoop on how to take care of your skin like a Frenchie.

Truth be told, the French have very eclectic taste in music.  They do however love their classics though, including Renaud, Jean Ferrat, Serge Gainsbourg, George Brassens, and Jacques Brel among many others.  Recently in France Channel M6 surveyed France’s population (old and young) to learn their all time favorite song (watch the recorded show here).  Here is my slightly adulterated Itunes Playlist compilation which includes a surprising blend of classics and current music:  Les 50 chansons préférées des français playlist Itunes

French music, is an acquired taste some might say…
Bonus points if you blare the music out of your 2CV stereo.

Need more help in becoming just a little bit more French?  Check out the online course by french native Virginie at “FrenchTruly.com” (no affiliation).  She’s lived abroad for 14 years (Seattle, London, and Italy) before recently returning to France.  If anyone can help you become a little bit more French (after GGG of course), it’s Virginie!