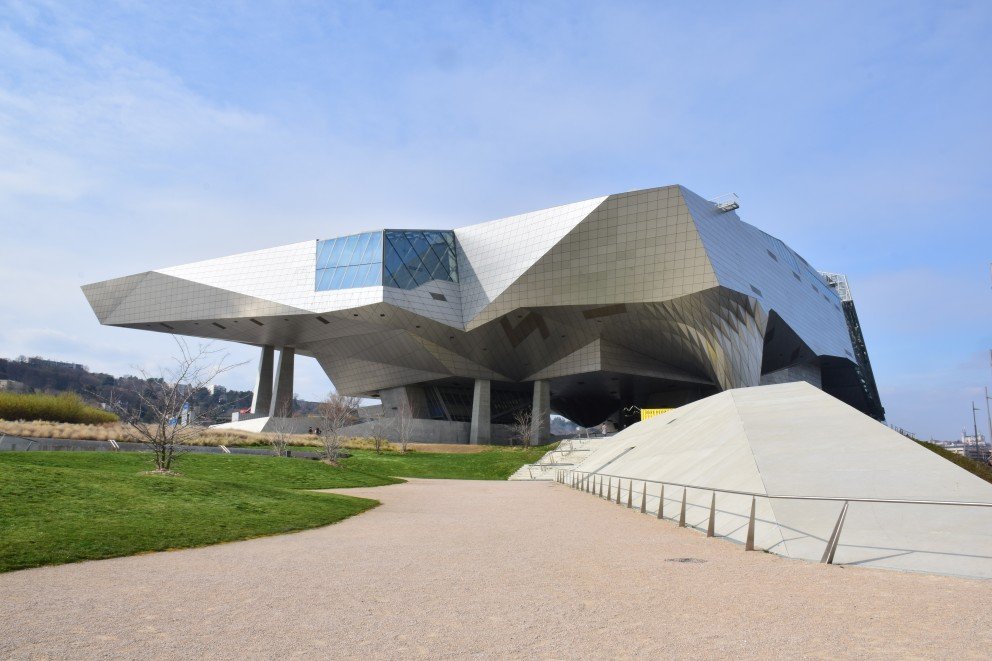 A Museum of Knowledge and Iconic Gateway into Lyon

Part of the redevelopment project of the area known as the Confluence in Lyon, and located directly on the artificial peninsula as you enter the city, the Confluence Museum startles and surprises in its architecture.  Designed by the Austrian firm Coop Himmelb(l)au famous worldwide for their deconstructed architectural style, it was completed in 2014.  Controversy was high as the budget nearly doubled to 300 million euros…

“The striking interface situation of the construction site at the eponymous confluence of the Rhône and the Saône inspired the superposition in urban space of two complexly linked architectural units, crystal and cloud. The cloud structure, floating on pillars, contains a spatial sequence of black boxes— admitting no daylight, so as to achieve maximum flexibility for exhibition design. By contrast, the crystal, rising towards the city side, functions as a transparent urban forum; it faces the city and receives visitors.” 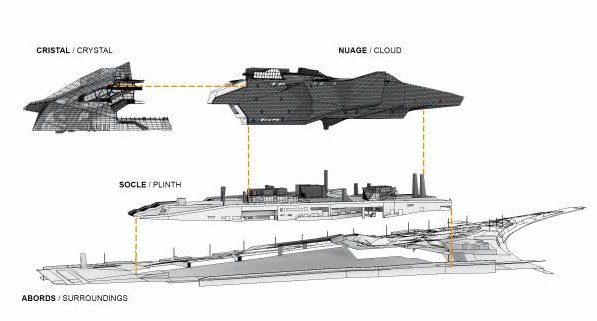 To the three elements: pedestal (base) – crystal (reception area) – cloud (exhibition spaces), extends a garden reaching to the southern tip of the island featuring spectacular views.  The 6000 tons of “cloud” are supported by fourteen vast cement pillars.  Whether or not you enjoy this style of architecture, it is none the less quite an amazing architectural feat.

The architecture was striking and actually one of my favorite part of the museum.  Particularly don’t miss going all the way up to the 5th floor for the café and views overlooking Lyon and the Rhone River.

“Its clear, readable forms stand for the world in which we move each day. The cloud, by contrast, holds the knowledge of the future. What is known and what is to be explored are understood in the Musée des Confluences as a spatial experimental design to stimulate public curiosity.”

The museum is open weekdays (excluding Mondays) from 11am until 7pm, weekends from 10am until 7pm, and late closing on Thursday at 10pm.  Parking is available left of the overpass, and the museum is well served by public transportation. Tickets can be purchased online and at the ticket counter and kiosks.  Allow a couple of hours to visit the museum and see the views off the grounds and bridge.