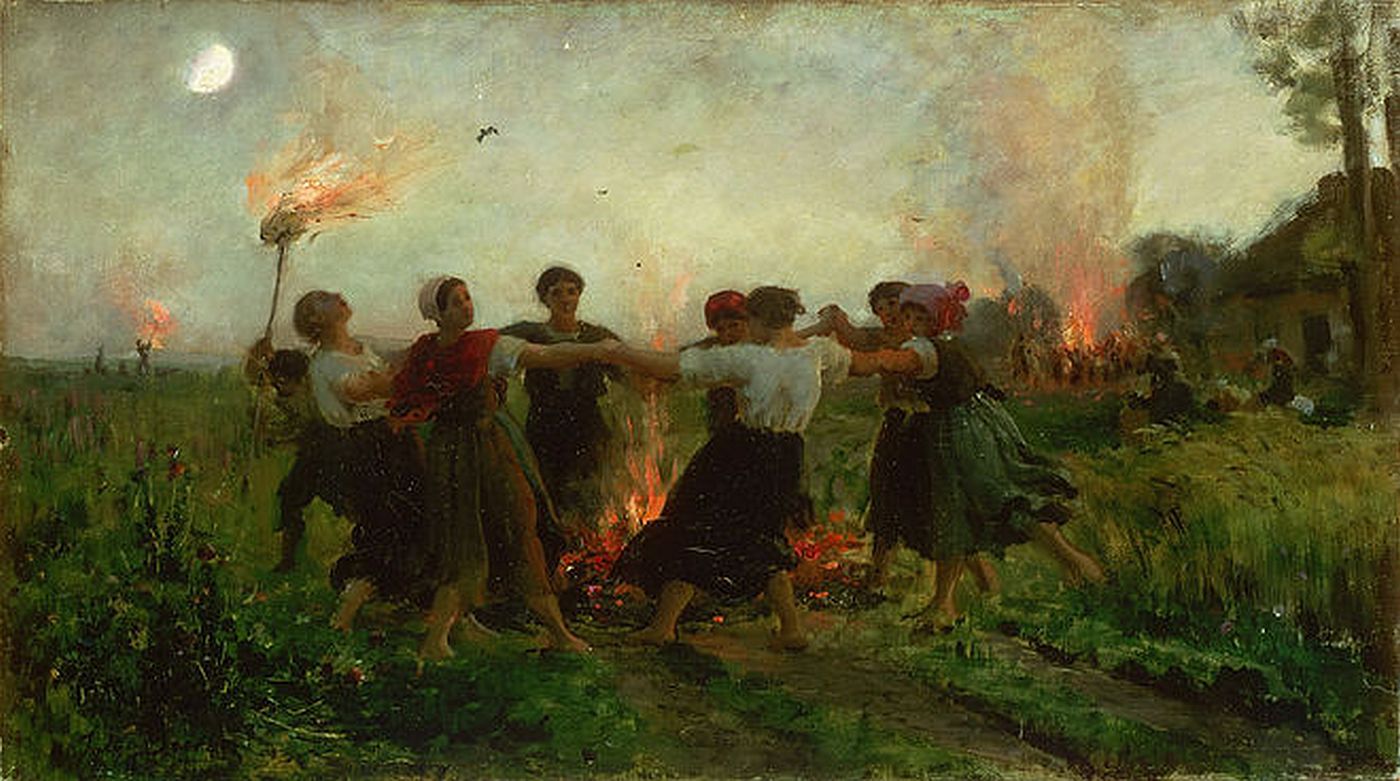 The Origins of the Charming French Fire Festival

The “Fête de la Saint Jean” is celebrated every June 24th throughout France.

I’m always fascinated by how customs and holidays that we take for granted have very interesting origins that we have forgotten with time.  Learning about how our ancestors lived their daily lives, what was important to them, and how they celebrated helps us understand who we are today.

The Pagan Festival of the Celts 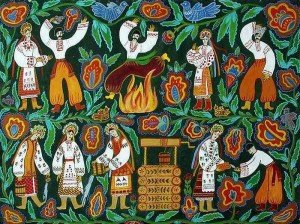 As is so often the case, we find pagan origins in the Fête de la Saint Jean. This time it is from Russia, long before Christendom was born. A few days before the summer solstice worshipers of the celtic pagan god “Ivan Kupalo (Sun God) gathered around a large bonfire (Fire = Sun) thanking their God for the fertility of their lands. 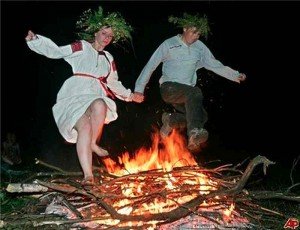 Virgin revelers wore crowns of flowers, throwing bouquets of fragrant herbs into the fire.  Purifying midnight baths taken in the nearby rivers were meant to cleanse the soul.  Singing, dancing, and general revelery making followed the pagan festival.

The Christian Festival of our Ancestors

When Christendom adopted the festival, they replaced Ivan Kupolo the Sun God with Saint-Jean-Baptiste (Jesus’s cousin who was beheaded on the order of the Palestinian King Herod). As Ivan = Jean, and Kupalo = bathing, it was a perfect fit. The date June 24th is Saint-Jean-Baptiste’s birthday. 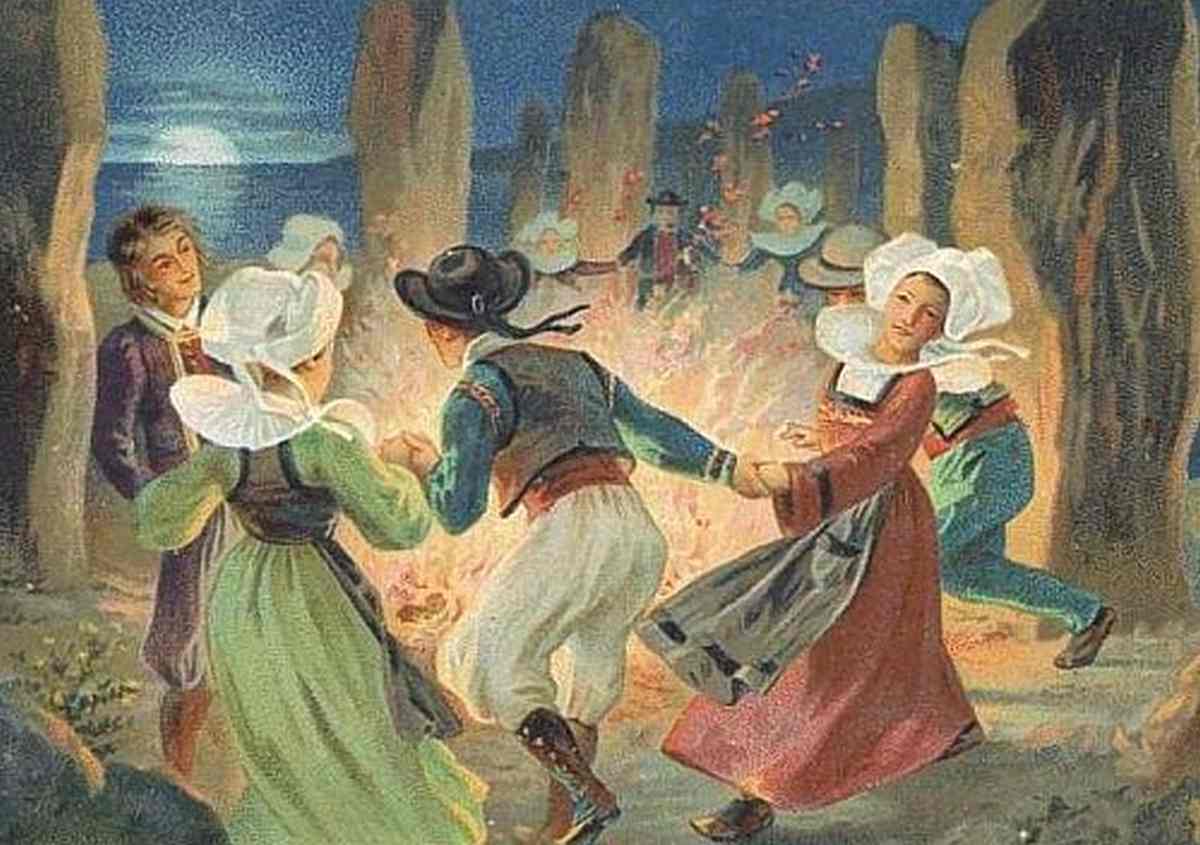 A huge bonfire was built in the village center using branches, dead leaves, and old bits of broken furniture gathered over the past year.  The top of the pile would be decorated with a bouquet of flowers, either in a crown or cross shape.  Motherwort, a herb known for its abilities to chase away evil and bring good luck, was used instead of flowers in some regions.  The pile was then lit most often by the village priest simply because of all the superstitions surrounding the festival.  If that wasn’t possible then it was lit either by the builder of the pile himself, the oldest elder of the village (as is the case in Sénas), the latest married couple, or by an (attractive) young maiden. Farms often had their own personal bonfires as they could be quite a distance from the neighboring villages.  In the town of Aix-en-Provence, they would actually have two bonfires : one both in the city center at the Place des Prêcheurs, and one on top of the nearby Sainte-Victoire mountain range.

The purifying midnight baths although lost to us now, were at this time still customary.  In Arles they simply accomplished the cleansing by jumping into the Rhone River.  Alternately, buckets of water could be thrown from the windows to rain down upon the passersby.  My boys would have loved that !!!  In Marseille they instead used buckets of ocean water from the port to throw onto their bystanders.    Which reminds me of one summer long ago in Paris when my eldest threw a water balloon down from the 5th floor onto a poor lady that was passing by below… It was in June, does that count for a purifying bath ?  The water is said to bring good luck and have miraculous healing properties, so I’m sure that lady was extremely grateful to my boy. 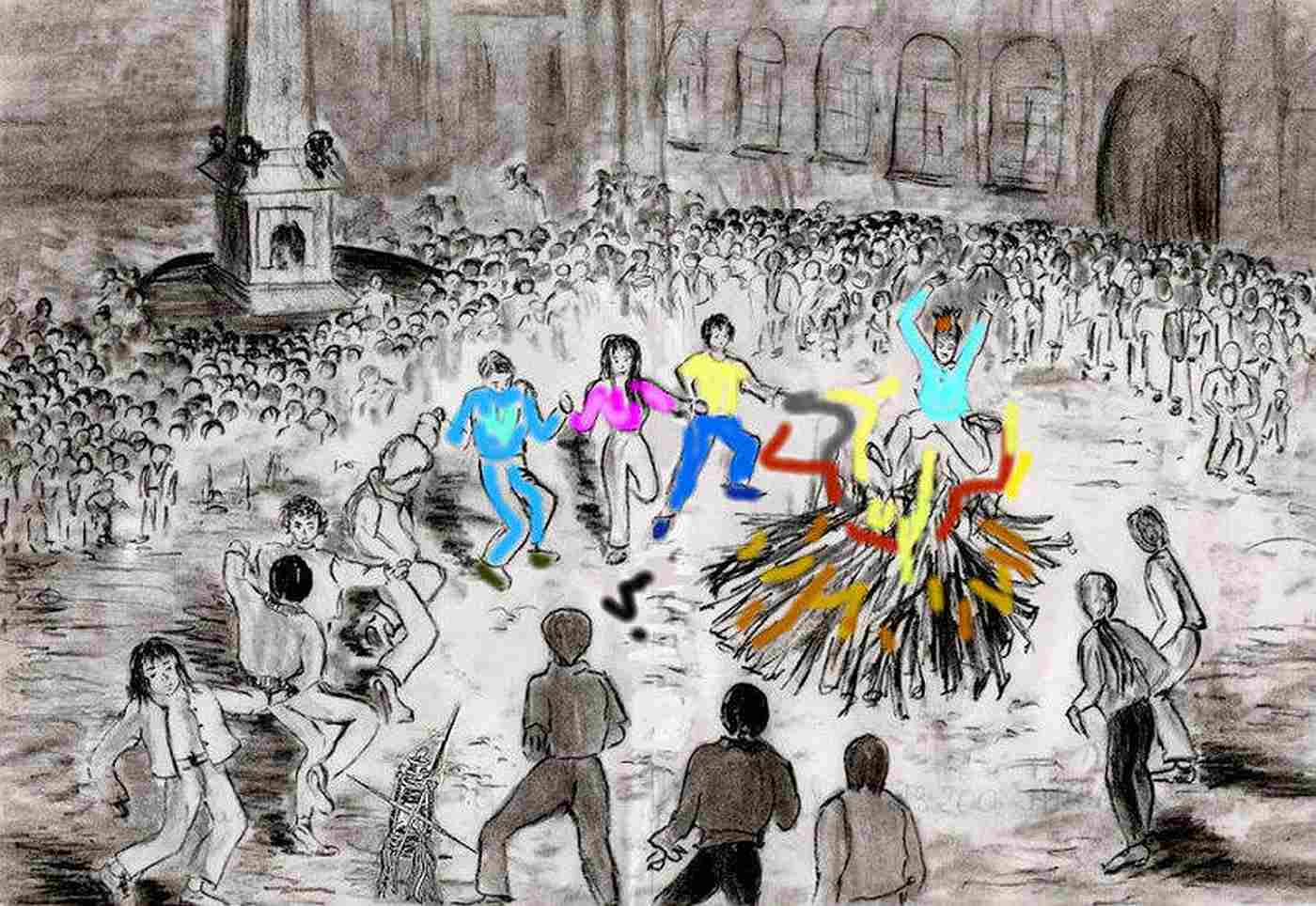 There were many superstitions around the occasion… 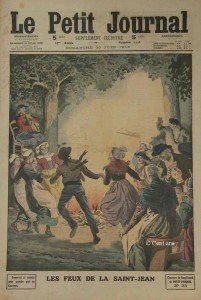 The evening always finished with lots of dancing and singing throughout the night.  In Brittany, even the defunct (deceased) are invited…chairs were placed around the fire for the spirits to come and join in the fun.

To learn about the modern-day festival, take a peek at my previous blog “Nothing but bonfires all across France”.