The peculiarities of Easter in France… 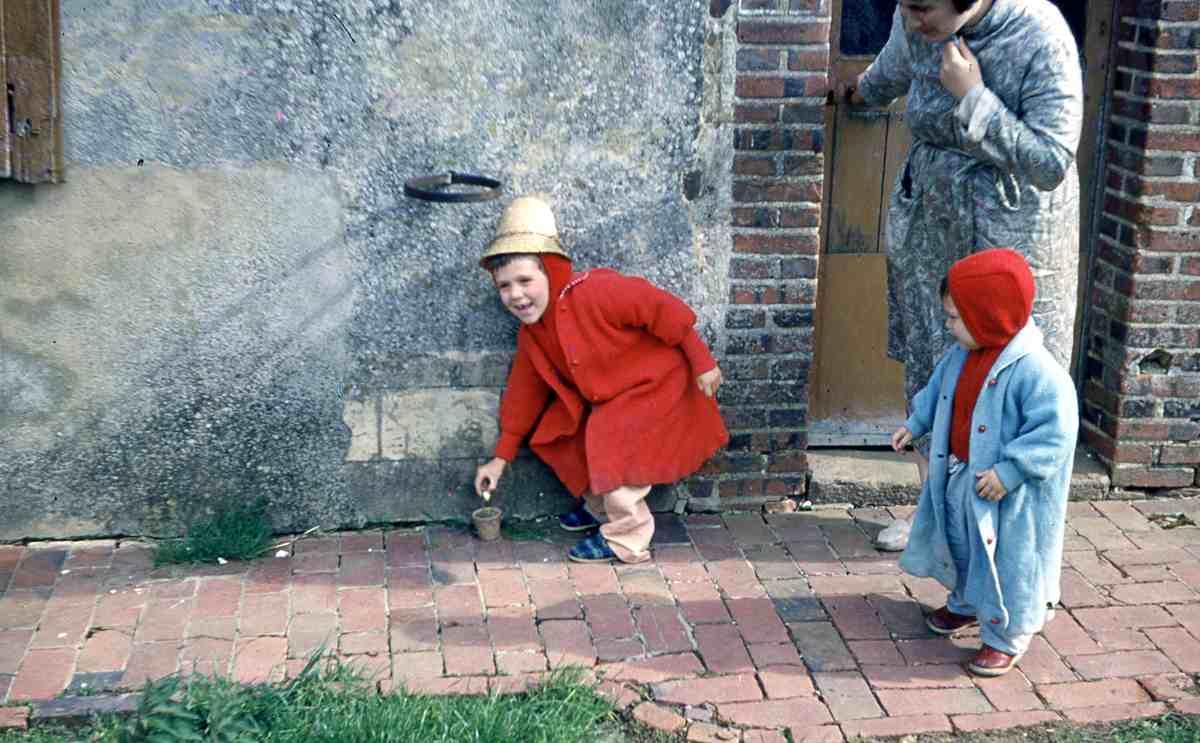 Flying Bells? That go on holiday to Rome? And drop chocolate along the way???


The peculiarities of Easter in France…

So here’s how it goes (according to the French) :

On the Thursday before Easter Sunday, all across France, church bells silence themselves as a sign of respect of the crucifixion (depending on the village, bells can ring hourly 24/7). The bells then scamper off to Rome, to be blessed by the pope. On their way back, the bells ring vociferously in glee announcing the resurrection of Christ. The bells, in celebration and as a reward to all the good children, drop chocolate eggs along their path back to the church towers.

Who made up this crazy story ??? Can you explain to me how ten ton bronze bells fly ? And where did the chocolate egg stockpile come from ? And if the eggs were dropped mid-flight, then how did they get hidden under that bucket? And how do the bells know if I’ve been good or bad ???

All I can say, is that I didn’t buy the story even as a kid. But, I really didn’t care…there was chocolate to be had after all ! 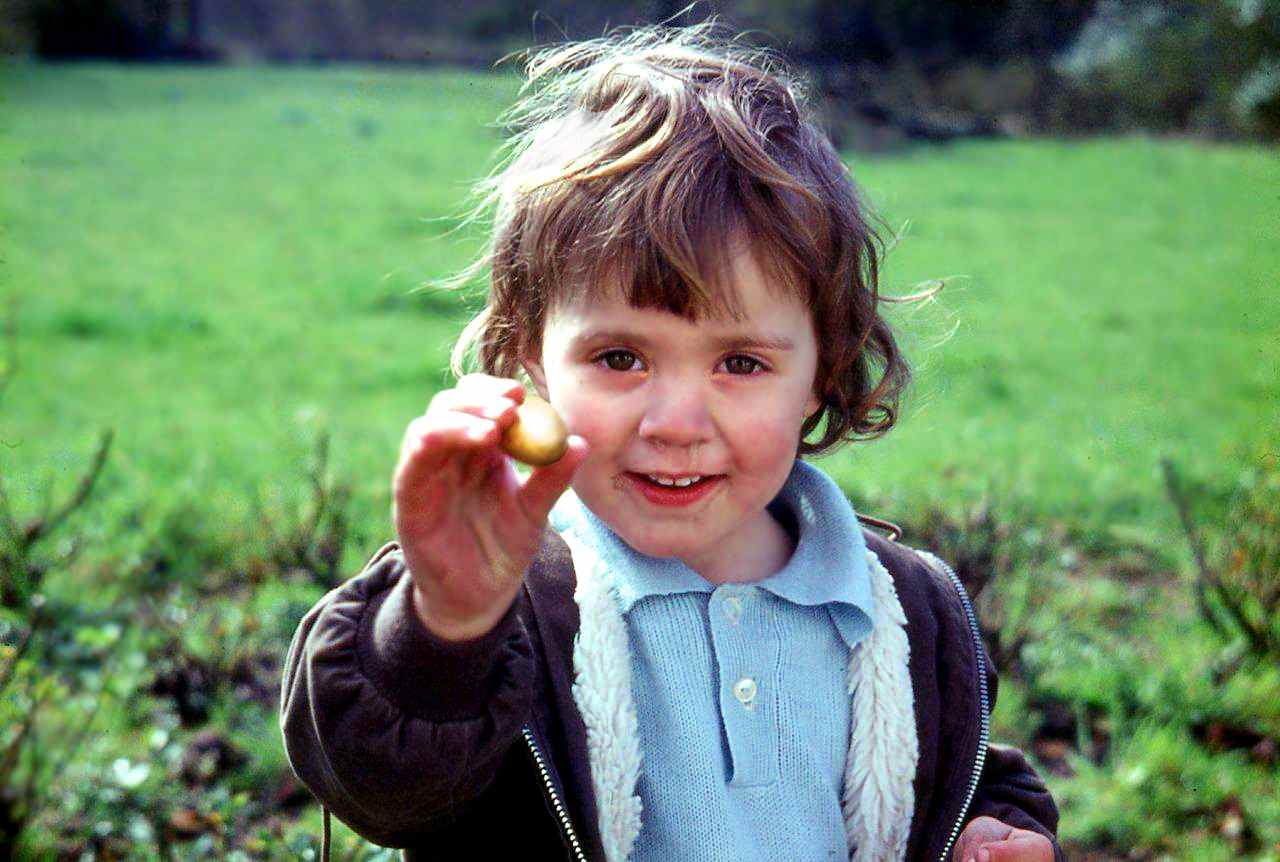 FYI – In case you are wondering, the Easter bunny reference is of Germanic origin, but you do find Easter bunnies in Alsace since borders are close. But in most of France it’s just bells, chickens, fish, and eggs. Bells actually didn’t appear in churches until the 8thcentury, so I guess there was no chocolate for the French children before then !

France has the 10th highest consumption of chocolate per capita. During Easter, 15K tons of chocolate are sold in France. 54 kilos of chocolates are consumed every single second. Chocolate marks the end of the fasting period of Lent. These facts are well evidenced by walking past any chocolate or pastry shop in France during the Easter season; just look at all the splendid displays and you know the French are serious about their chocolate. Even so, sadly 85% of Easter chocolate is purchased in supermarkets from bulk manufacturers.

For the remaining 15%, the chocolate is purchased from real craftsmen called the “Chocolatiers”. They design and produce fantastical Easter fantasies completely made out of chocolate. The most elaborate creations can reach 500€ or more, but most can be purchased for around 20-30€. You will of course find the lovely and intricately decorated eggs, but also bells, chickens, fish, and sometimes bunnies (especially in the Alsace region). The Chocolatiers pride themselves and in their originality and in the fine execution of their craft. Every year brings sumptuous new renditions for your pleasure (and mine J). In fact, chocolate window shopping is one of my favorite things to do during the Easter season…

A little background on Easter’s Origins

Easter celebrates the resurrection of Christ. Do I need to mention that Easter has pagan origins? It seems pretty obvious to me since so many of the pagan festivals were adopted to meet the needs of the Christian community. The original pagan festival Easter draws from celebrated the arrival of spring, the renewal of life, and fertility. Eggs have been symbolic o

f fertility throughout the ages. Persians were the first to exchange eggs over 5000 years ago. The first painted eggs for Easter were red to represent the blood of Christ and appeared in Europe during the Middle Ages in the 13th century. At that time, Christians were not allowed to eat eggs during lent perhaps leading to the custom of saving the eggs by boiling them and then dyeing them red. Intricately decorated eggs began to appear in the 15th century. The first “chocolate” Easter eggs were made by pouring chocolate into the shells of real eggs, but molded chocolate eggs did not appear until the early 19th century when chocolate could be tempered to hold its shape and became common place for Easter in the 1950’s. I can understand how bunnies would fit into the idea of fertility also, and if you ever have ever had any you know exactly what I mean.

Easter In the Royal Courts

During the Renaissance period, instead of giving out boring dyed eggs, the King gave out baskets of precious gold and bejeweled eggs to his court. The most famous of these were by Carl Fabergé (1846-1920) created for the Russian Tsars to offer as gifts to their wives. Called the ‘Imperial’ eggs, not even the Tsars would know the final design. The only requirement made was that each egg should hold a unique and precious surprise. About 50 of these eggs were created for the family of which only 43 survive. Some are lost to us through time, and some were never delivered due to the Russian revolution. The very first Fabergé egg was actually surprisingly plain on the outside, just like a real egg, with a real gold yolk that opened to reveal a tiny gold chicken which in turn opened to reveal an even tinier diamond crown on a ruby pendant.

The Myths and Lore of Easter in France 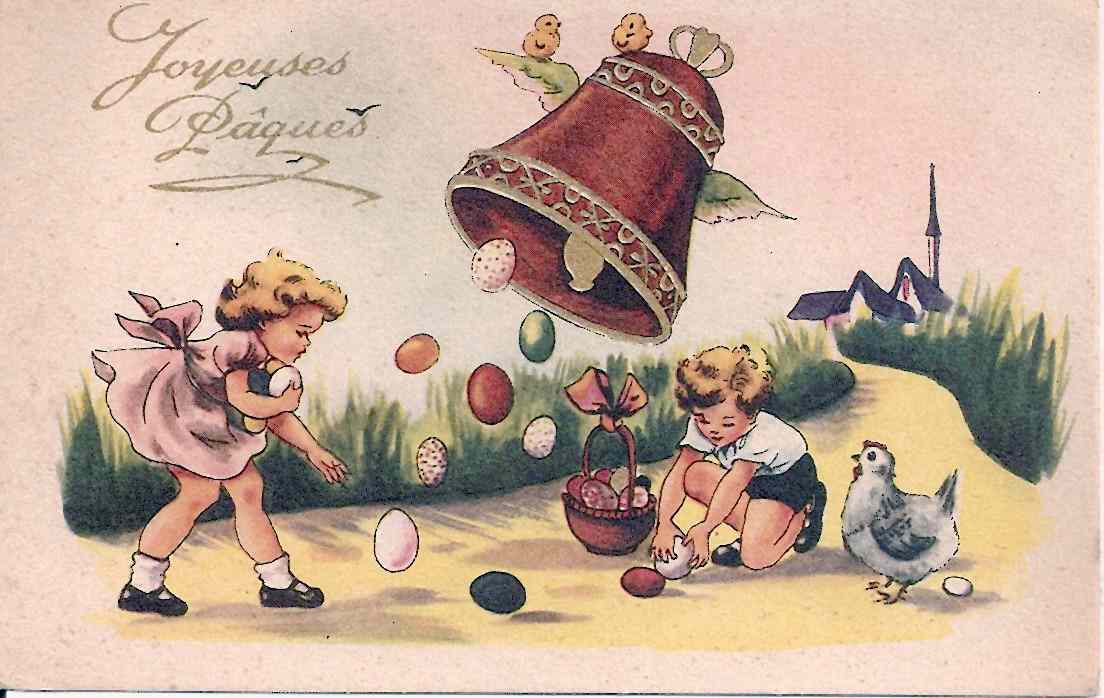 When is Easter (Pâques) anyways ???

As far as when Easter is to be celebrated, it gets a little complicated… Easter falls on the first full moon after the Spring Equinox, never before March 21st or after April 25th. For the curious and math inclined, Palm Sunday is calculated by backing up exactly one week. For Ash Wednesday, count backward from Easter Sunday a full six weeks. Fat Tuesday (and the end of Mardi Gras which began on Epiphany/Fête des Rois) is the day directly before Ash Wednesday. Lent and the practice of fasting begins 40 days before Easter (the Sunday after Ash Wednesday).

The Traditional Foods of Easter in France 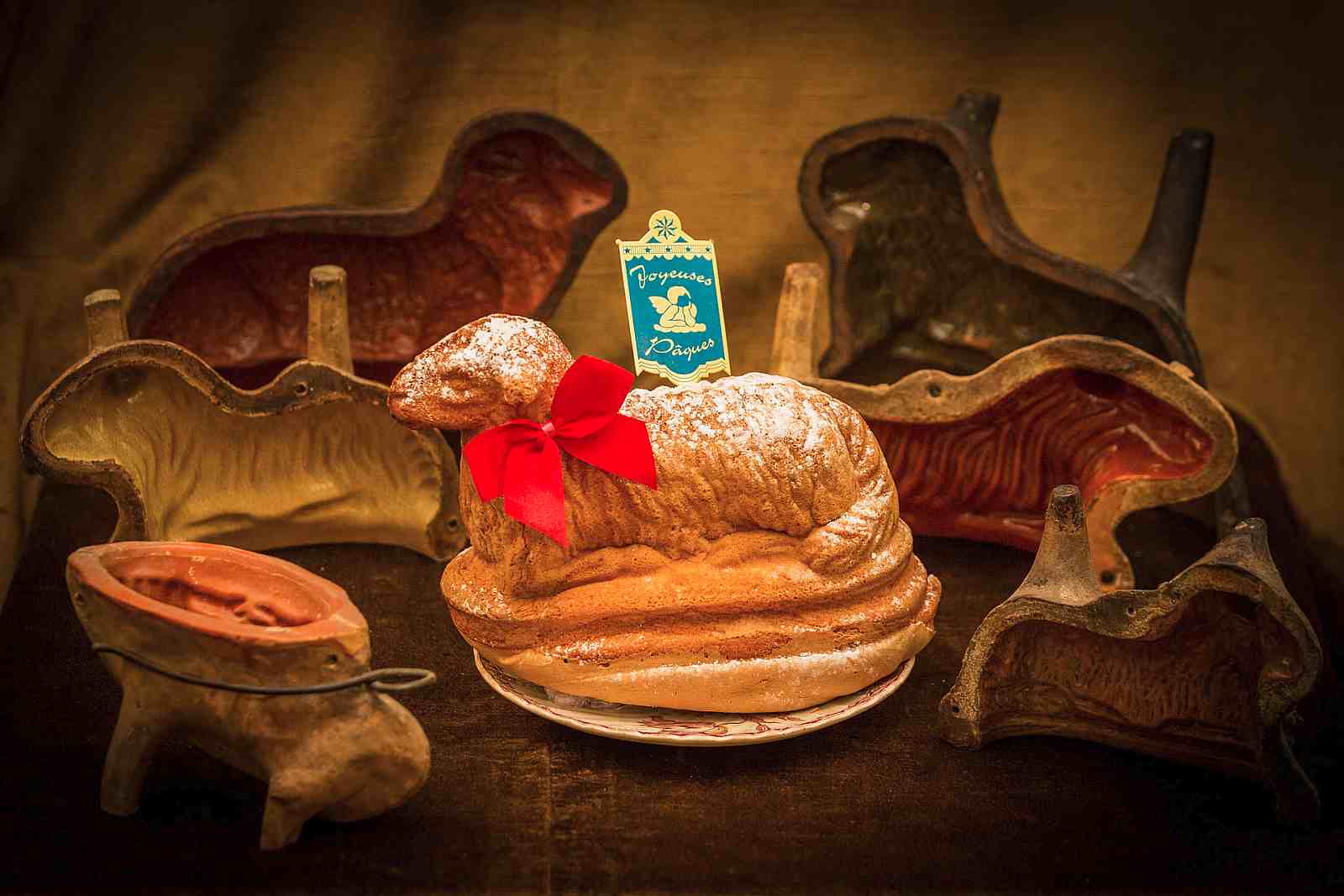 Like all holidays in France, Easter is a time for families to come together and share a meal. The traditional dish that is consumed for Easter consists of a leg of lamb (gigot d’agneau) and beans (flageolet). In Alsace, the Germanic influence is felt through the addition of the Lamala (or Oschterlammele), a lamb shaped cookie rich in eggs given to the children after mass to help them wait for dinner a little more patiently. Otherwise, there’s lots of chocolates to consume for dessert !

Should you happen to be around the smaller villages of France for Easter, you can sometimes see the altar boys in action getting a real workout on Easter Sunday. They ring and ring the bells until their arms give out in exhaustion. Just pray it’s not thunder storming… It used to be thought that bell ringing could disperse thunder. There were so many bell ringers that were electrocuted from holding onto wet bell ropes that an edict had to be created in 1786 to forbid the practice (no lightning rods back then). Nowadays, you are more likely to find bell recordings than bell ringers…  Technology may be more efficient, but there is something to be said in having the real thing…something is lost in the translation.

Easter in France is first and foremost a religious holiday, but it is also an important holiday for families to get together and enjoy each other’s company around a delicious meal and bottle (or two) or wine. Easter is also an ideal time for families to escape for a long weekend or quick vacation before getting back to the grind, as Easter Monday is a national holiday in France (so book early if you are travelling in France during that time).