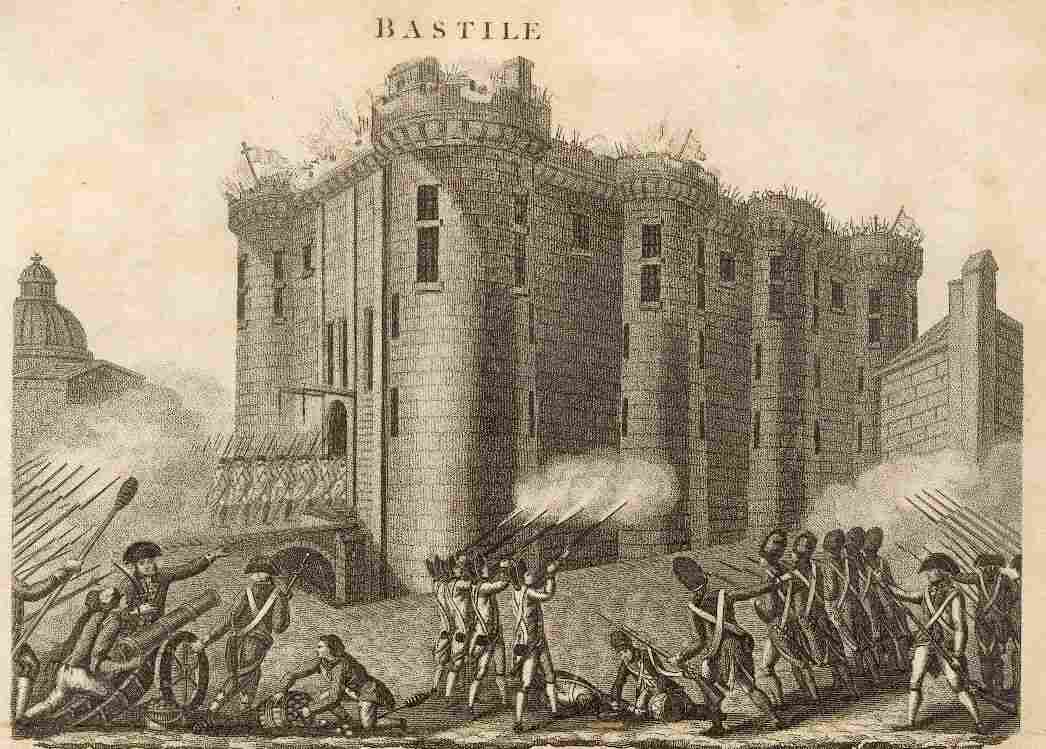 A somewhat “gory” look at the Storming of the Bastille.

What really happened on that day back in 1789 ?

For those of you who are not too squeamish, and yet still curious about the events surrounding the storming of the Bastille, prepare yourself for a few choice details…  History can be so much fun!  Way better than anything I could ever imagine on my own !!! 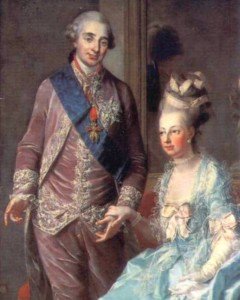 The Events Preceding the Battle

At the time, France was actually in dire straits economically due to the cost of intervening in the American Revolution and because of the Kings deteriorating tax system. The notorious Louis XVI and Marie Antoinette were the reigning King and Queen of France since 1774, and the political and financial reform that was urgently needed was too slow in coming.

The Storming of the Bastille

On the 14th day of July in 1789, the people hungry from food shortages and tired of the King’s politics, assembled to collect the thousands of muskets stockpiled at Les Invalides (now a military museum and home to Napoleon’s tomb).  Much to their dismay, there was none of the ammunition that would be needed for combat stored there alongside the weapons.

Spurred on by the popular journalist Camille Desmoulins (who later lost his life during the Reign of Terror), they then continued on to the Bastille fortress prison to demand the black powder they knew was there, and that they needed for their weapons. Not too surprisingly, their request was denied…

This and what followed soon thereafter was the turning point, and the beginning of the end of the French Monarchy. 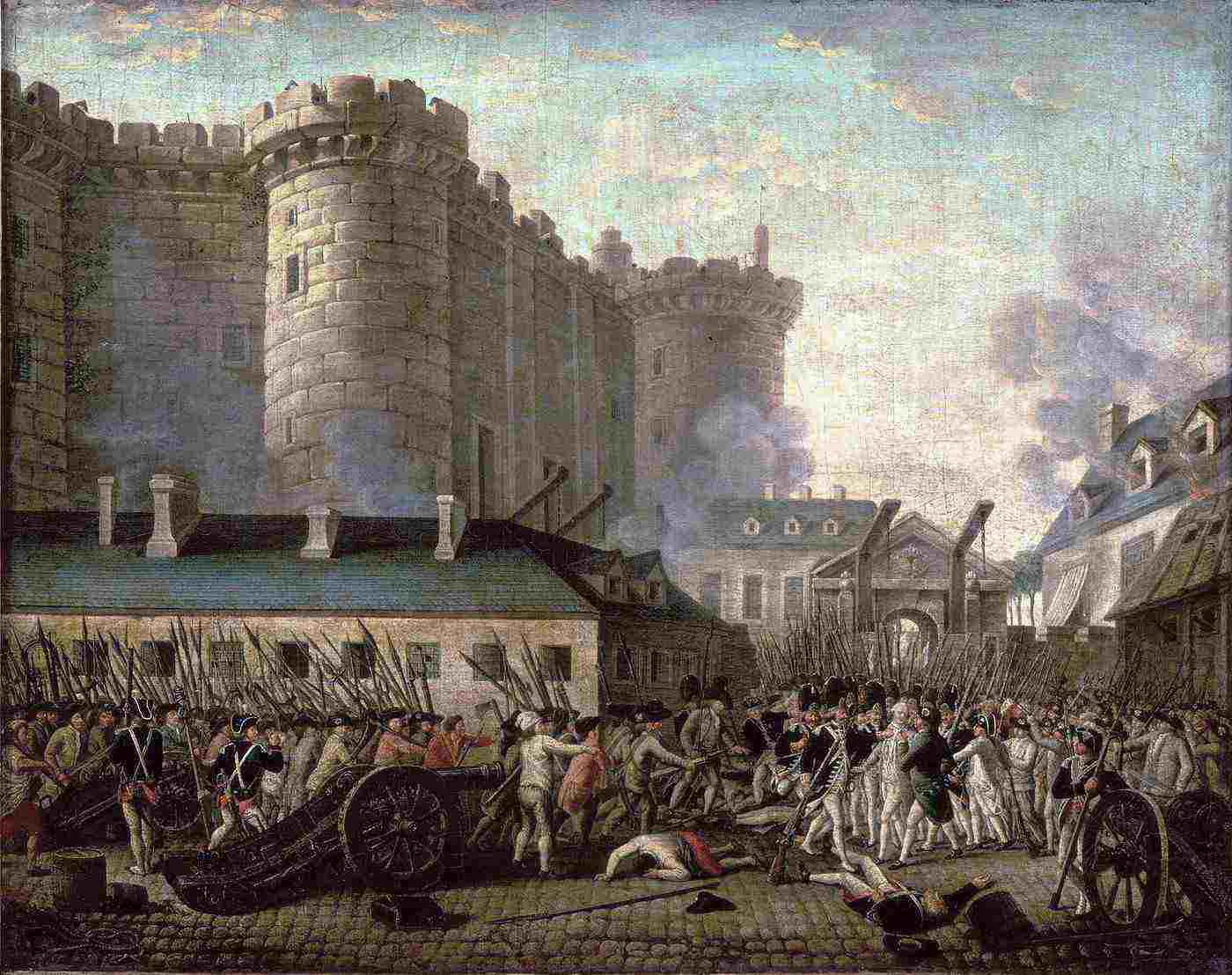 The battle itself was never about releasing any prisoners. Had that been the case, it would have been somewhat anti-climactic… Only seven prisoners were actually being held at the Bastille, and they were more annoyed by the commotion then relieved to be liberated. The fortress, a symbol of oppression and royal authority, was ransacked by the attackers and destroyed stone by stone leaving nothing but a few remains of its stone foundation.

The extreme violence started only after several failed attempts at negotiations. The crowd, feeling trapped and restless, soon ignored the cease-fire attempts ordered by Governor de Launay. Realizing he could not hold out much longer, and in a last-ditch effort to stem the violence, the governor opened the gates to the inner courtyards of the Bastille. All hell quickly ensued after that…

Of the 1000 or so that stormed the Bastille less than 100 were killed, but that was by no way the end of the violence. The Governor de Launay was captured and dragged towards the Hôtel de Ville, his head soon chopped off and fixed onto a spike for display and paraded around the streets. Other unfortunates soon followed after that, until a full grim sordid macabre procession could be seen dancing through the streets of Paris on their way to the Palais Royale…

As if that wasn’t enough, once the decapitated heads had rotted too much to be useable anymore, wax moldings were made so the merrymakers could continue in the revelries.  At the time, wax representations of the famous and rich were all the rage since photography had not yet been invented. Wax modeling artist Marie Tussaud was forced to make a molding of the decapitated Governor de Launay, and was kept very busy after that with various other similar projects…

The Begining of the End of the Monarchy 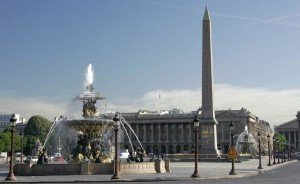 It still took a little time before the king himself was offed. The King, alarmed by the violence, played along best he could. Understanding that his life was at stake, on the night of 20 June 1791 he and his family dressed as servants fled Paris, only to be found again the very next morning and returned under guard. The King was condemned to death for treason on January 17, 1793 by a close majority and executed on the guillotine at the Place de la Révolution (renamed in 1795 “Place de la Concorde”). Queen Marie-Antoinette followed suit nine months later.

Things didn’t get any prettier after that… The news of the successful rebellion in Paris spread throughout France, and with it civil authority deteriorated. Random acts of violence broke out across the country against members of nobility who fled to neighboring countries. The “Reign of Terror” that followed the chaos murdered about 40,000 people on the guillotine. Commoners began to form militias and arm themselves.  France was in a complete state of turmoil and confusion, and things didn’t settle down again until… 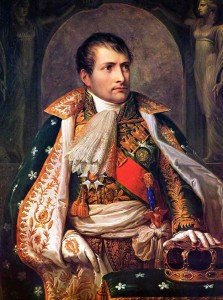 …Napoleon. And of course, that was only until his great hunger for power and prestige caused everyone problems.

9 comments for “A somewhat “gory” look at the Storming of the Bastille.”